The Thai city of Kanchanaburi is famous for the “Bridge Over the River Kwai” which also became the title of a film showing how the bridge and railway line were constructed under devastating conditions during WW2. Instead of a photo of the bridge, I show you one of the many cemeteries dedicated to those tens of thousands who lost their lives under extremely unfavourable conditions of forced labour: 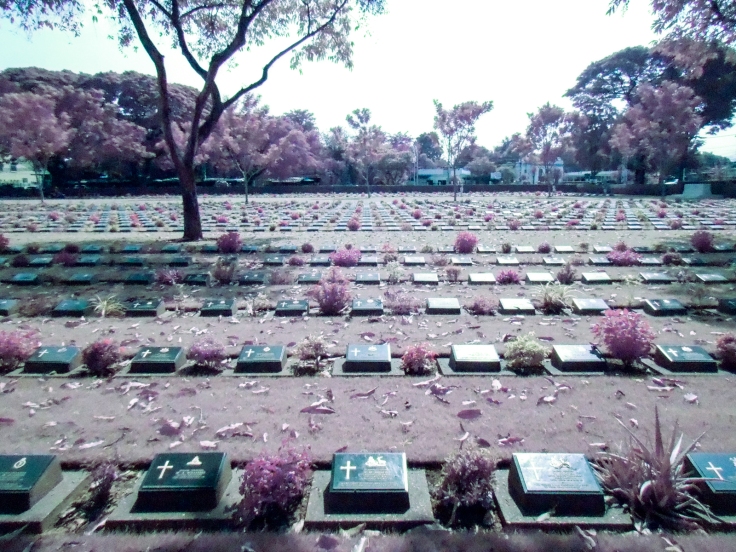 This is the British cemetery shot using a full-spectrum camera to capture more than can normally be seen with the naked eye.