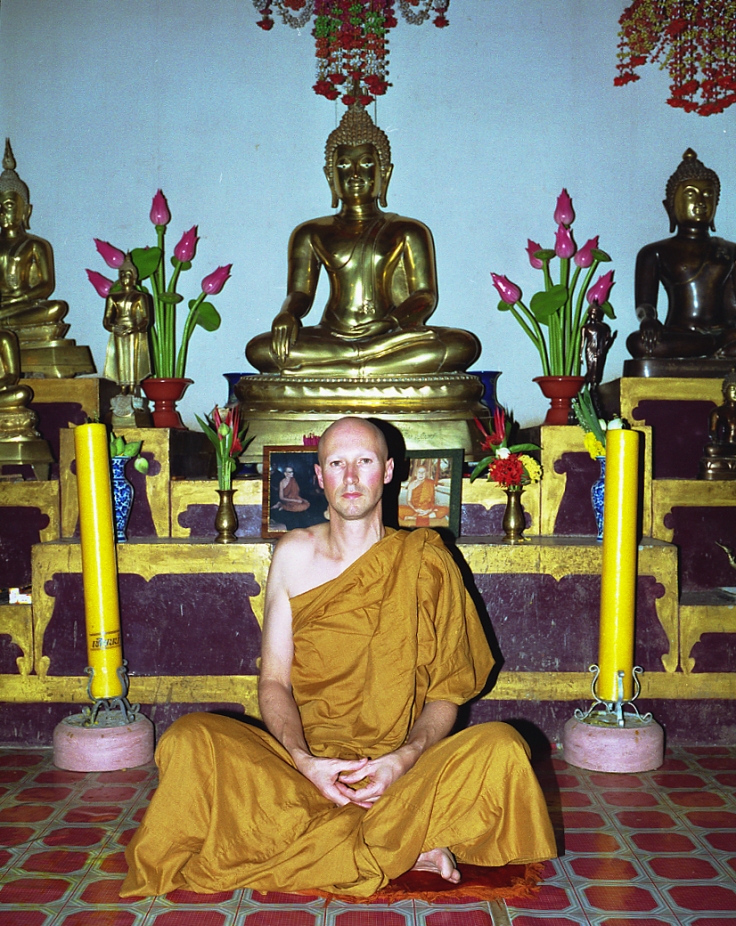 Becoming a Buddhist Monk for a period of time is something that every Thai man is expected to do. I had the opportunity to ordain as a monk at a forest temple in Surin province for a week. It was a life altering experience as I temporarily “gave up” my worldly possessions – and my hair (including eyebrows). I felt very privileged to be offered this experience and learnt a lot about myself during that week. It sounds quite demeaning to have to be void of possessions and to live a simple life in a hut getting up at 4am every morning to meditate and listen to a sermon before going on alms rounds to collect food from nearby villagers. Mealtimes are at 8am and then 11am with no food permitted after noon. Drinking is of course allowed. Each day is spent performing ceremonies for local people, performing menial tasks such as cleaning and working around the temple. I quickly got used to the routine and didn’t find it demeaning at all – more liberating in fact. Worldly concerns melted away as I became more involved in the spiritual side of things. Monks are not allowed to use technology, nor to indulge in entertainment such as singing or dancing or listening to music. Alcohol and smoking are of course forbidden and even naughty thoughts are to be suppressed. I found the whole experience a great exercise in self control and would gladly ordain as a monk again when the time is right.