Love Space was a communal art happening set up in a clearing in a forest outside of Amsterdam, NL. I heard about it from Chris who wrote me a message out of the blue suggesting that we meet and talk as he was waiting for an international bus at Victoria Coach Station, London.

I used my air miles to fly to Schipol airport and realised that I could actually walk out of the airport and directly through the forest on small footpaths to the Art Space location. It felt like an adventure !

I was really impressed with the feeling of community and love between everyone present. There were two yurts and numerous tents set up.

Workshops and group activities were held and it was open during the day to the public as a sort of audience participation happening. 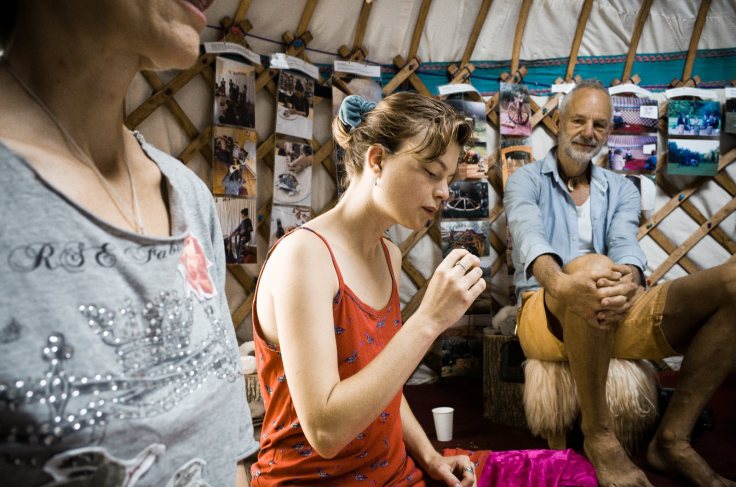 It was lovely to be surrounded by nature, the silence punctuated only by the low flying aircraft from the nearby airport.

I learned a lot in those few days about group dynamic and understanding between people, particularly when living in a communal setup. Food was prepared by a dedicated team and was of course vegan and extremely healthy. That is where I discovered the delights of porridge with superfoods such as Goji berries, chia and so on. 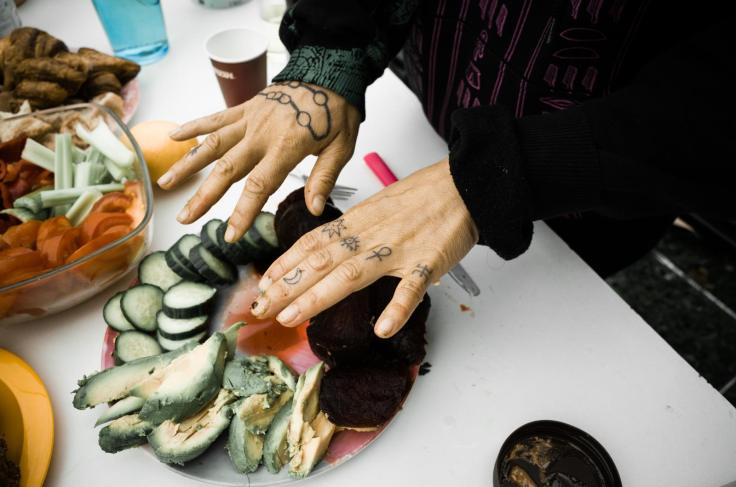 A birthday breakfast was set up for one of the participants who burst into tears when she saw it. The birthday cake had a delicious “cream” on it made from avocado.

One thought on “Love Space”